It's a two horse race in Edinburgh West: The Lib Dems or the SNP. 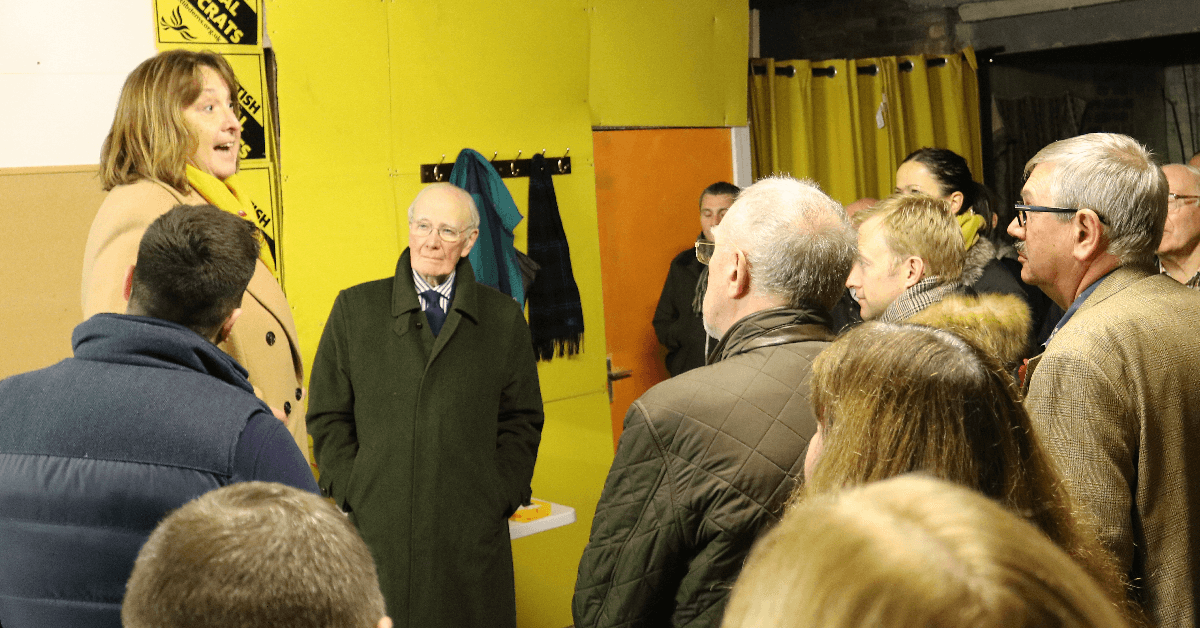 I was delighted to join the Edinburgh West Local Party to launch our 2019 General Election campaign.

Going in to this election the Liberal Democrats have a clear message:

To stop Brexit and build a brighter future.

Everyone knows that elections in Edinburgh West are between the Lib Dems and the SNP. The results in the 2017 General Election and in the European Elections last year prove it.

On doorstep after doorstep, people tell me they want a hard-working local MP who listens to their concerns.

I have a record of standing up for you, both in Westminster and here at home.

I’ve campaigned hard on improving air quality for our children and getting the council to rethink the boundaries of the new Low Emissions Zone, bringing a baby girl stuck in Iraq back home and taking on the DWP when people have been wrongly cheated out of the welfare payments they deserve.